Should You Self-Publish Your Book? 5 Essential Questions to Help You Decide

You’ve penned a book you’re proud of, and now you’re ready to share it with the world. But first, you have a question: Is it better to self-publish or get a publisher?

Maybe you want to become the next Sarah Dessen of YA fiction, or perhaps you created a series you know will rival the book-to-movie successes of “Hunger Games” and “Harry Potter.”

Either way, you should know that no road to authorship is paved with gold. It doesn’t matter if you decide to self-publish your book or do so traditionally —  there are pros and cons to both routes.

While authors who self-publish boast the wonders of creative control and higher royalties, they also bemoan the uphill climb it can be to reach an audience. Authors who publish traditionally say mainstream success is the only way to go, all the while relishing the ability to have a say in final book decisions.

That means the answer to this age-old debate is inconclusive. The right path for you depends entirely on what you want from your author experience.

Of course, you will ask yourself more than five questions about whether it’s better to self-publish or get a publisher, but these essential questions ought to provide you foundational answers for a complex and often confusing process.

Once you’ve worked through these questions, I recommend researching more on the topics that resonate with you. The world of publishing seems to change on a monthly basis, so it’s to your advantage to research your decisions before fully committing.

Now, let’s discuss the five essential questions to ask yourself about self-publishing vs. traditional publishing.

1. How soon do you want to release your book?

Generally speaking, a traditionally published book takes at least one year to be published.

That doesn’t include the writing of the manuscript or the laborious and time-intensive process of pitching agents and waiting on a publishing house to accept your book. Timelines do vary, as smaller publishing houses can move faster, but it’s a safe bet that once a publisher has accepted your manuscript, it’ll be another year before it’s on sale.

In my experience as a co-author on the traditional publishing side, we needed a year before a publisher bought our book. It was another year until the book was on sale. All told, we waited two years after its writing to see the book in bookstores.

In stark contrast, you could self-publish your book tomorrow.

If all of your essential prep work was complete — editing, cover design, formatting — and you knew how to upload the correct documents to your preferred self-publishing platform, your book could be available to the masses within a day.

I wouldn’t recommend doing this, but quick-turnaround self-publishing is possible. (That benefit is also a deficit: Self-publishing suffers from drivel overload because the barrier to entry is too low.)

If your primary goal for your book is to release it as soon as possible, self-publishing is your choice.

But speed-to-market shouldn’t necessarily be your only deciding factor. Take these other questions into consideration before you make a firm decision.

2. How many people do you want to reach?

Most every writer wants the world to read their book. Or, at best, they want their target audience to find their book, read and review their book and become ardently devoted fans for the rest of the author’s life.

But, with rare exceptions, such fandom doesn’t just happen. It has to be built from the ground up, whether you plan to self-publish your book or seek traditional publishing. These days, both processes demand that the author has a platform.

For authors without a sizable platform attempting to reach readers, self-publishing can be a black hole. In “Publishing 101,” Jane Friedman wrote the blunt truth: “When writers chase self-publishing as an alternative to traditional publishing, they often have a nasty surprise in store: No one is listening. They don’t have an audience.”

And because Amazon sells the majority of ebooks among all retailers, those millions of titles are your competition. Yes, you have the opportunity to reach Amazon’s millions of daily customers, but you also have to figure out how to get those customers to find your one-in-a-million book.

Unless you’re knowledgeable about the many publishing outlets available to self-publishers, you will likely rely on Amazon’s ecosystem for your sales. But that carries one looming caveat: little to no bookstore distribution.

Sure, your book could be ordered by a bookstore if a patron specifically requests it, but the likelihood of your self-published book being distributed to major bookstores across the nation is, well, nil.

The relationships that traditional publishers have with distributors and bookstores may be their greatest benefit to authors.

Since traditionally published books still dominate markets, traditional publishing will likely provide you with the greatest distribution, both physically and digitally.

Side note: Don’t fall for the lie that a traditional publisher will provide ample marketing dollars to back your masterpiece. They likely won’t. Even if they do front some money, your book better do very well in its opening week and first few months to warrant them investing any more.

Again: every author needs a platform. Don’t wait for anyone to build it for you. 3. How much control do you want over your book?

If you want complete control of your book, you will self-publish. But it’s important to think through exactly what you’re taking on — or giving up — when talking about controlling your book.

Controlling your book means being fully responsible for every aspect of the book. This extends far beyond just writing the book.

You will have to spend time or money to ensure that your cover design, interior design, editing, rights, distribution, pricing and marketing are all accomplished to a level that can compete with traditionally published books.

You will either have to apprentice yourself to the many aspects of self-publishing or pay someone — or many someones — to help you. In “Publishing 101,” Jane Friedman calls self-publishing “a ton of work, like starting a small business (if you do it right).”

Still, you retain creative control. The freelancers you may hire work for you. You get to tell them what to do because you’re signing their paychecks.

In contrast, consider what else Jane Friedman advised: “When working with a traditional publisher, you have to give up a lot of power and control. The publisher gets to decide the cover, the title, the design, the format, the price, etc. You have to go through rounds of revisions and will likely have to change things you don’t want to change.”

To some authors, that’s terrifying. They wouldn’t be able to abide by changes that went against their creative sensibilities. It’s their book, after all.

In “Pros And Cons Of Traditional Publishing vs Self-Publishing,” Joanna Penn wrote about her friend Polly Courtney, who “famously resigned from her publisher on publication day because she was marketed as chick-lit when she writes gritty novels about social issues. She was angry and upset about losing that creative control. You may also get an editor you don’t agree with, especially as many of the more experienced editors move up in the company or are working freelance for more money.”

But, for other authors, giving up that control is freeing. They don’t have to spend the time, money or brainpower on the seeming incidentals of getting a book published. They can focus on writing, then on writing the next book.

Whether you pursue self-publishing or traditional publishing, you’ll have to give up something: time, money or control. Which of those are most important to you?

Unfortunately, we can’t all be John Scalzi, who accepted a 10-year, 13-book deal for $13.4 million from Tor Books after a rather well-known and lucrative move from self-publishing to traditional publishing.

Today, earning a living from book sales is hard if not impossible. Just consider the stats from the Authors Guild’s 2018 Author Income Survey, which revealed that earnings by American authors have fallen to historic lows: respondents reported a median author income of $6,080 in 2017.

And let’s not discuss what the average self-published author makes. We can’t do so with any specificity, but even the estimates are woeful. Sure, there are outliers — Rupi Kaur, Andy Weir, Hugh Howey, E. L. James — but the majority of self-published authors aren’t as fortunate.

What I’m trying to unsubtly suggest is what Jane Friedman says so well in her book: “Anyone in it for the coin should find some other field.”

Now that I’ve warned you against the lure of publishing riches, here are the frustrating and unhelpful facts about earnings per book when it comes to self-publishing versus traditional publishing.

With royalties ranging from 30 to 70 percent, you stand to make more per book by self-publishing.

But, since the greatest negative aspect of self-publishing is distribution, you won’t have as many places to sell your book.

In contrast, traditional publishing offers increasingly lower advances (unless you’re famous or have written a book that leads to a bidding war). Royalties are lower than in self-publishing as well  — that is, if you even earn out your advance. Up to 80 percent of books never earn back their advance, meaning that the author never receives royalties (“Publishing 101”).

The frustrating, confusing aspect is that traditional publishing offers better distribution. Simply put, your book is available in more places.

5. What is your primary goal?

This is the tiebreaker question.

What if you’ve read this far and each of your answers has canceled out the previous answer? What if, by this point, you’re more confused than when you began?

Your primary goal may not even be listed in this article, but you need to define what success looks like for your book. Then work backward from there.

In the end, no matter which route you take, pursue that path with as much passion and care as you placed into the writing of your book. No one will champion your book unless you’re its first and greatest champion.

The original version of this story was written by Blake Atwood. We updated the post so it’s more useful for our readers. 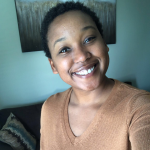 About the Author: Farrah Daniel

Farrah Daniel has been writing professionally for three years, dabbling in topics like finance, micromobility, travel and more. After leaving The Penny Hoarder in 2019, Farrah pursued a freelance career, where she now manages and creates content for small businesses and nonprofits. Check out more of her work at farrahdominique.com.

ThePeepTimes Follow Bringing a fresh new perspective on different niche through words!
« Top 10 Novel Ideas to Write a Bestseller
On vs. Upon vs. Up On (Grammar Rules) »

4 Tips for Transitioning From Self-Publishing to Traditional Publishing:…

In 2015, I self-published Death of a Messenger, my first novel in the Koa Kane series of murder mysteries set on Hawaii’s Big Island....

A Guide for Freelance Writers

When I started my journey as a freelance writer over six years ago, my head was filled with the same visions that nearly everybody...

“There is no more fiction or nonfiction, only narrative.” —E. L. Doctorow An inventive and enterprising writer, Jon Franklin won the inaugural Pulitzer Prize...